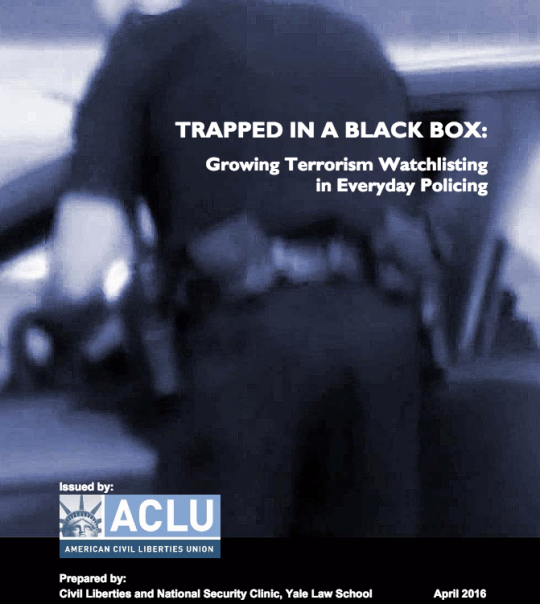 Even worse was the messaging that came from an operative with CAP, who has become a little Twitter star among the Democratic faithful for his endless Cheneyite exploitation of terrorism fears to attack Republicans and justify gun watchlists. This is how he described Feinstein’s bill: 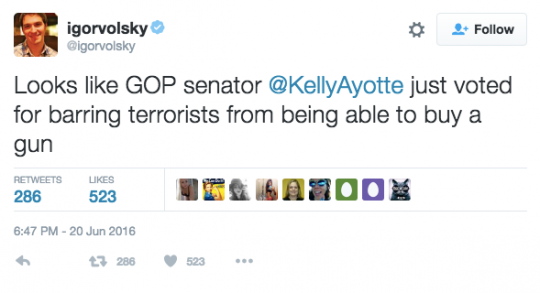 It’s hard to put into words how appalling that is. This CAP official is not only outright lying about Feinstein’s bill: pretending that it bars “terrorists” — rather than people placed on a suspicion watchlist — from buying guns. Worse than rank dishonesty, he is literally, explicitly equating people who will be deemed suspicious by the U.S. government — overwhelmingly Muslim, needless to say — with “terrorists.” As Sam Adler-Bell put it about this tweet, “Referring to all people on the DOJ’s watchlist as ‘terrorists’ is legally incorrect and ethically ugly.” In Volsky’s mind, or at least in his propaganda, anyone deemed by the government to be suspicious is now a “terrorist” — no evidence needed, no trial held, no due process accorded.

For eight years, this mentality was the driving force behind the worst Bush/Cheney war-on-terror abuses. No matter what the extremist policy was — indefinite detention, warrantless eavesdropping, torture, no-fly lists, Guantánamo, rendition, CIA black sites — Republicans would justify it by saying it was merely being done to “terrorists” and would accuse their due process-advocating critics of wanting to “protect terrorists.” What they actually meant was that all of this was being done to people accused by the U.S. government of involvement in terrorism. But in their mind, “government accusations of terrorism” were synonymous with “proof of guilt.”

That is exactly the warped, Orwellian formulation Democrats embrace: As is extremely obvious, the Democrats’ definition of “terrorist” is “anyone whom the U.S. government suspects of being a terrorist.” Just as was true of all those GOP abuses, what makes these Democratic proposals so dangerous is that they constitute a war on the most basic right of due process. As Vox’s Dara Lind explained, “If you give the government more power to ban terrorists from having guns, you’re reinforcing the power it has to define who counts as a terrorist.” That’s why the ACLU yesterday wrote to the Senate and denounced Feinstein’s bill: