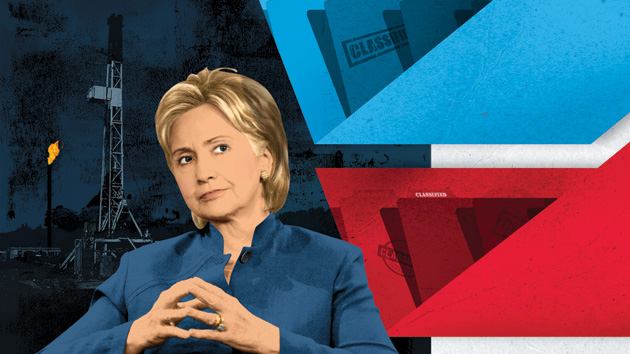 Under her leadership, the State Department worked closely with energy companies to spread fracking around the globe—part of a broader push to fight climate change, boost global energy supply, and undercut the power of adversaries such as Russia that use their energy resources as a cudgel. But environmental groups fear that exporting fracking, which has been linked to drinking-water contamination and earthquakes at home, could wreak havoc in countries with scant environmental regulation. And according to interviews, diplomatic cables, and other documents obtained by Mother Jones, American officials—some with deep ties to industry—also helped US firms clinch potentially lucrative shale concessions overseas, raising troubling questions about whose interests the program actually serves.

via How Hillary Clinton’s State Department Sold Fracking to the World | Mother Jones.