Fox News is running a poll on their website asking readers if the 99 Percent movement represents their views on the economy. In a move that likely surprised the network — which has consistently belittled, smeared, distorted, and otherwise dismissed the protests — the vast majority of respondents, many of whom are likely Fox viewers, said they agree with the movement: 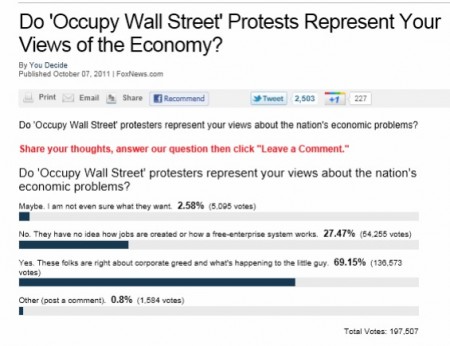