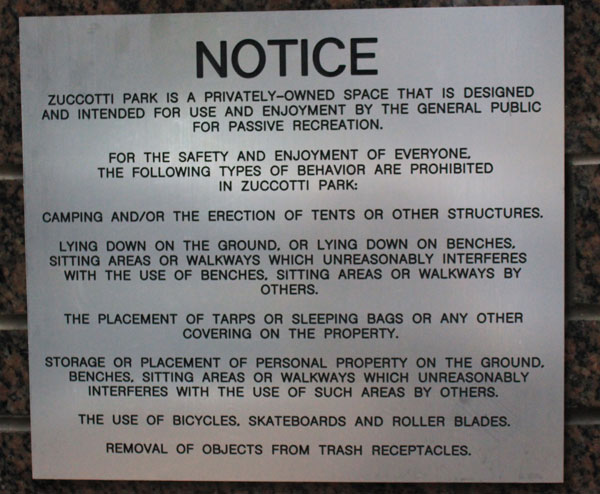 Privately owned public spaces have proliferated in the past several decades—there are almost 550 in New York City—as a result of zoning concessions the city grants to real estate developers: in exchange for setting aside a nominally public space, property owners such as Brookfield are allowed to bypass height or setback restrictions on their buildings.

But the problem with privately owned public spaces is that they’re no substitution for purely public spaces, because First Amendment protections don’t really apply when the owners of a space are non-governmental.

via After Zuccotti Park: Seven Privately Owned Public Spaces to Occupy Next | The Nation.