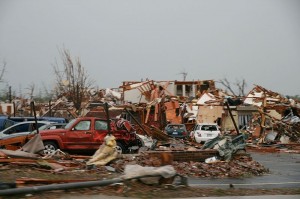 A package of disaster relief funding worth $7 billion was blocked from coming up for a vote by Senate Republicans on Monday, drawing sharp condemnation from Senate Majority Leader Harry Reid (D-NV) who lambasted the conservative party for abandoning Americans in need.