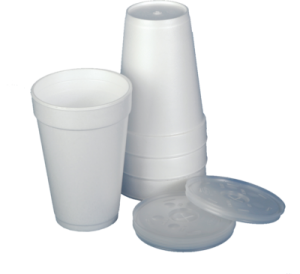 It hasn’t always been this way. When Nancy Pelosi D-Calif. took over as Speaker of the House, she launched the Green the Capital initiative, which directed House cafeterias to use compostable cutlery made with corn-based plastic substitutes and carryout containers made with plant fibers, and instituted a composting program. A 2010 report on the Green the Capital program found that 650 tons of compostable waste had been collected from House facilities and grounds.

But when Republicans took over the House in 2011 and installed Speaker John Boehner R-Ohio, the compostable cups and forks were quickly replaced with the old Styrofoam standbys. The change back to polystyrene and plastic prompted predictable griping from Democrats and celebrations from Republicans, who argued that they were cheaper and more durable. The Senate, however, remains foam-free.

via House Of Representatives Gives D.C. The Big Foam Finger.