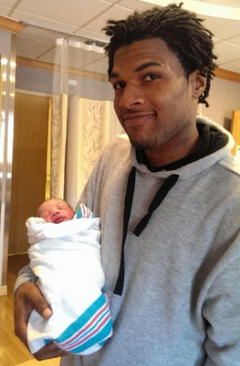 Ohio Attorney General Mike DeWine says that Crawford was shot while carrying a toy gun that fires BB pellets. Crawford had picked the gun up off the sporting goods shelf where Walmart displays it. The gun is manufactured by Crosman and is classified as a “variable pump air rifle.”

Police said that Crawford was waving what appeared to be an assault rifle and was shot after he refused to drop it when ordered to by police. Media reports have repeated the police claim along with reports that callers to 911 say that Crawford had pointed the gun at children.

But both the police, the attorney general’s office and Walmart are all refusing to release the store surveillance tapes and in three 911 tapes of calls that are circulating on the internet the caller makes no mention of him pointing the gun at children.

“There’s no doubt in my mind that once we receive everything in its entirety, the evidence, i.e. everything else that’s out there, that he will be vindicated,” John Crawford Jr. said. “My son was not a monster.”