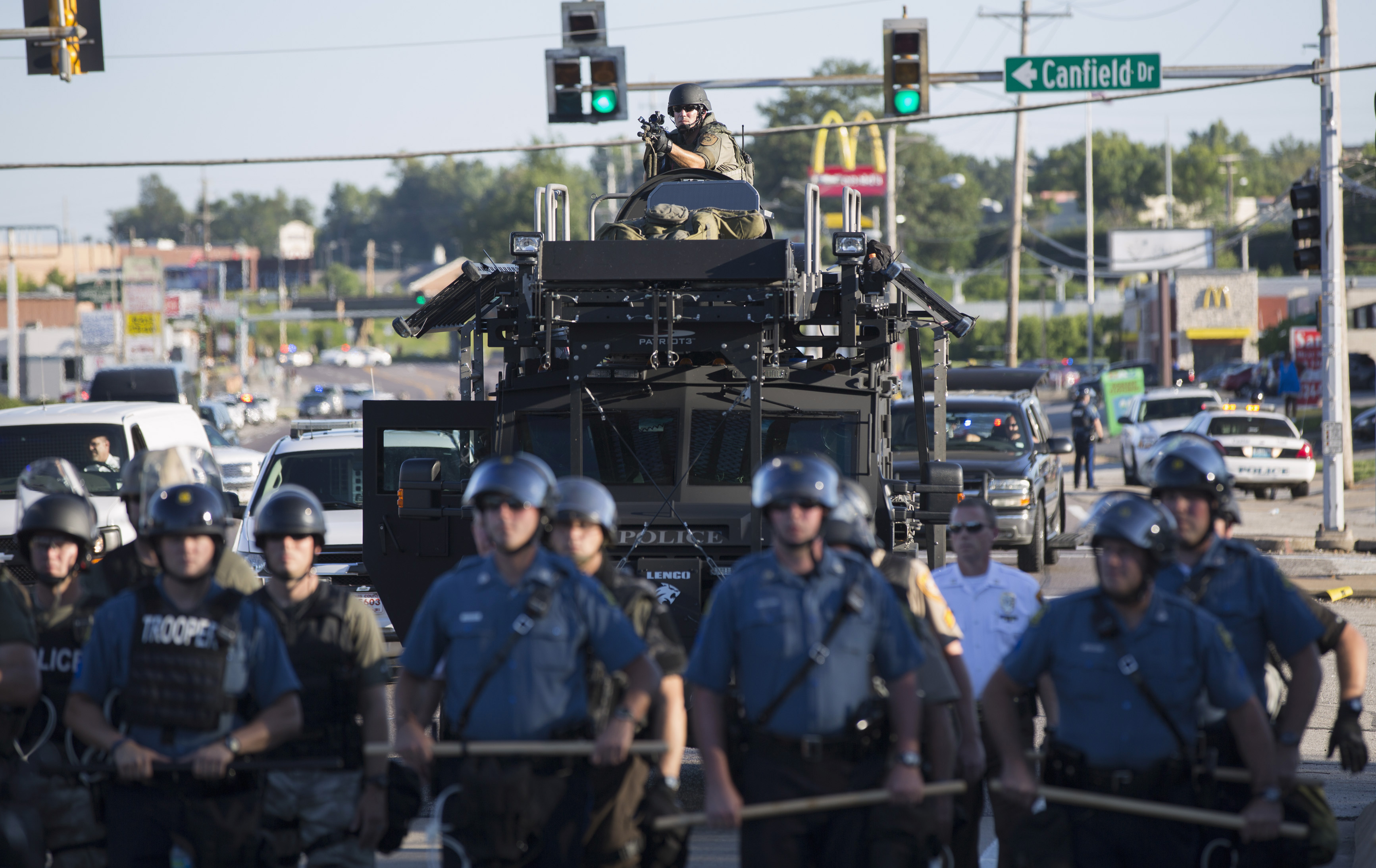 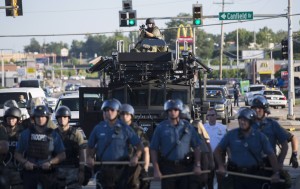 Today, people are waking to closed schools and a state of emergency. They are waking to military troops and military vehicles. Some walk through streets and yards where tear gas and smoke still cling to the buildings, trees, grass, and ground. They walk through streets strewn with gas and smoke canisters, and ‘less lethal’ riot rounds. Some have yet to wash the tear gas from their clothes.

Now we are told press will be arrested if they don’t ‘look like’ press. Now we are told that the reason for the overwhelming militarized response is a few ‘determined violent agitators’ from outside the community.

To the Missouri State Police, to the St. Louis police, and to all law enforcement in Ferguson:

The category where Missouri ranked as the worst of 50 states was in the “time to crime” measure of how quickly a gun is used to commit a crime. The federal Bureau of Alcohol, Tobacco and Firearms ATF says a “strong indicator” of illegal gun trafficking is when the time between getting a gun and using it to commit a crime is less than two years.

In Missouri, the percentage of guns used in crimes in 2009 that were in that short “time to crime” category was a whopping 40.2 percent, according to a Mayors Against Illegal Guns study. That contrasts with the national average of 22.6 percent, and Illinois’ 17 percent. The only other state anywhere close to Missouri’s level was Arizona, at 30 percent.