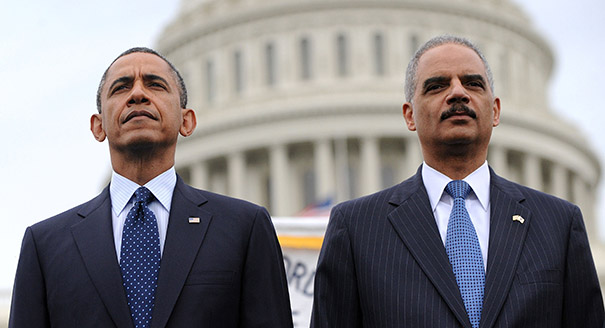 Attorney General Eric Holder will brief President Barack Obama on the situation in Ferguson, Missouri, on Monday afternoon after perhaps the most violent night of demonstrations since the fatal shooting of unarmed 18-year-old Michael Brown.

The president, who arrived at the White House early Monday morning for a scheduled break in his family vacation in Martha’s Vineyard, will meet with Holder at 1:15 p.m., according to the White House.

Early Monday morning, Missouri Gov. Jay Nixon announced he was deploying the state National Guard to Ferguson to address the “intensifying violent attacks” there. The Democratic governor’s announcement came after increased tensions in the Missouri city following the release of the identity of Ferguson police officer Darren Wilson, who shot and killed Brown on Aug. 9, and the institution of a state of emergency and curfew over the weekend.