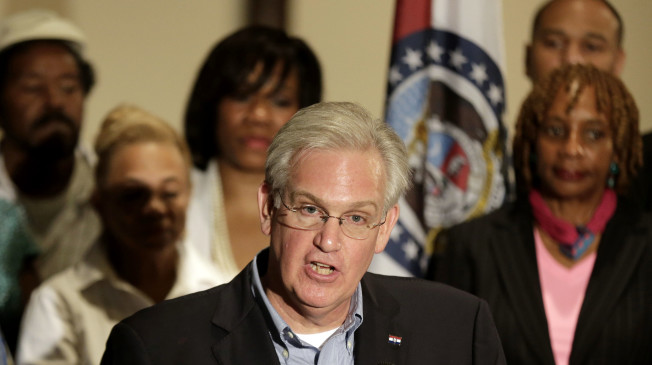 Three civil liberties organizations raised First Amendment concerns with Missouri Gov. Jay Nixon’s imposition of a curfew in Ferguson to quell ongoing clashes between law enforcement and civilians over the slaying of an unarmed black teenager on Aug. 9 by a police officer.

Amid another night of unrest on Sunday, the American Civil Liberties Union, Lawyers’ Committee For Civil Rights Under Law and NAACP Legal Defense fund released a joint statement decrying “the suspension of constitutional rights in Ferguson” for civilians.

“Even more troubling is the unclear nature of the Governor’s order suspending constitutional rights in Ferguson,” the groups said. “People have a right to know when and where their conduct is lawful under all circumstances, but especially when the government is restricting activities that are protected by the First Amendment.”