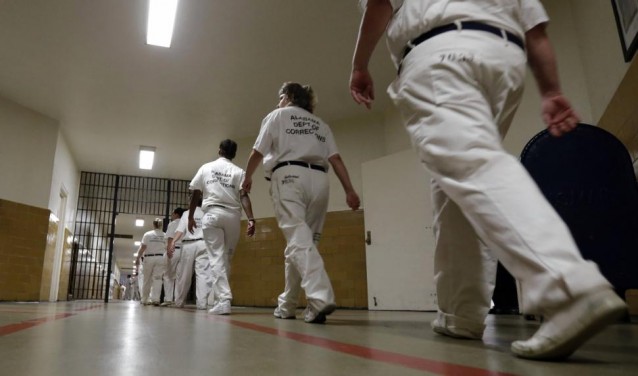 “This is a very serious outbreak,” Pam Barrett, director of the tuberculosis control, told the Associated Press. “We think we’re at the end of it. The Department of Corrections is a hotbed of TB because of the living arrangements.”

In June, the Southern Poverty Law Center (SPLC) and the Alabama Disabilities Advocacy Center filed a lawsuit against Alabama’s DOC on behalf of 40 inmates after one had his foot amputated upon contracting gangrene and another succumbed to prostate cancer, despite tests that identified “rising cancer markers.”

Joshua Dunn, an inmate with bipolar disorder, also allegedly suffered more than a dozen stab wounds and slit his wrists on a couple occasions. During a press conference, SPLC’s Maria Morris touched on the prison system’s failure to provide Dunn with adequate mental health care.

via Alabama Prisons Are Facing A Record-Breaking Tuberculosis Outbreak | ThinkProgress.