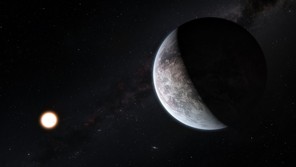 “Republicans,” McCain said on Earth 2, “have a better idea than more tax cuts and government spending. The economy isn’t growing because households are buried under mortgage debt. So we propose to attack the problem at the source. On the advice of Harvard’s Martin Feldstein, we are introducing legislation that would empower the federal government to absorb mortgage principle that exceeds 110 percent of the home value. But because we can’t simply reward banks who made irresponsible lending decisions, they will have to absorb half of the losses. And because we can’t simply reward homeowners who took out irresponsible loans, they will have to agree to a form of enhanced bankruptcy in which falling behind on their mortgage opens all of their assets to seizure.”

Liberals would find a lot to dislike in this plan. For one thing, it’s voluntary on all sides, and voluntary programs have failed again and again in the housing market. For another, it’s extremely punitive to distressed homeowners who fall behind in their payments on their new mortgage. But that would be an argument worth having. Republicans would have come up with a plan to address a current problem in the economy — too much debt — and address it in a way that Democrats, who believe in goosing demand, have not broached.

But that’s not the world we live in.

via The jobs debate on Earth 2 – The Washington Post.