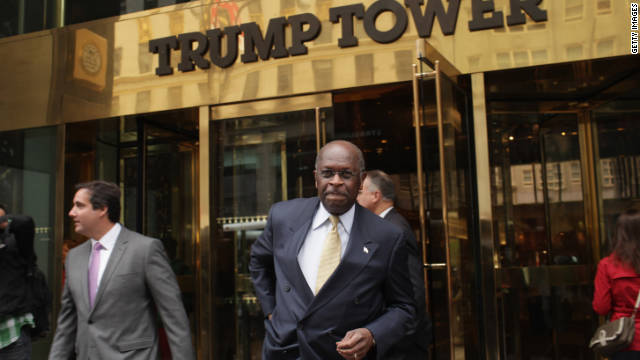 Cain evinces no recognition of the Founding Fathers’ role in erecting a cruel pigmentocracy that continues to poison virtually every aspect of American political, social and cultural life. This is not an abstruse or academic matter. The president nominates federal judges. An important theory of constitutional interpretation vying for ascendancy is originalism: the notion that the Constitution should be read as originally understood by its framers. Justice Clarence Thomas is the most militant originalist on the Supreme Court. A President Cain would seek to fill the federal judiciary with more Clarence Thomases — a prospect that most blacks rightly view with dread.

Asked about his impressions of the Occupy Wall Street dissidents, Cain declared: “Don’t blame the big banks. If you don’t have a job and you’re not rich, blame yourself ” — a statement that overlooks the desperation with which millions, a disproportionate number of whom are black, strive to stave off impoverishment and unemployment.