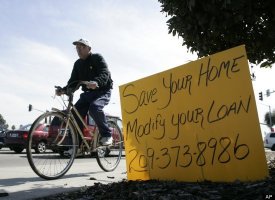 Suburbs have long been associated with white picket fences and manicured lawns. But for many living in suburbia today, the reality is much bleaker.

This month, it was reported that 15.1 percent of Americans live below the poverty line last year, the high level since 1993. And while the majority of the 46.2 million impoverished Americans still live in cities, 15.4 million of them inhabit the suburbs. Between 2007 and 2010, the total number of poverty-level suburban dwellers rose by 3.4 million, according to an analysis of U.S. Census data by the Brookings Institute.

via 10 Suburbs With The Highest Poverty Rates: Census.