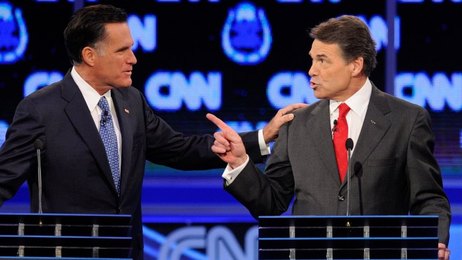 The reviews are in about last night’s CNN Republican presidential debate in Las Vegas and the consensus seems to be that it was a slugfest in Sin City:

— “The near-weekly ritual of Republican presidential debates took a raucous turn Tuesday night as the unsettled field of candidates ganged up on one another in a series of attacks more intense and personal than any in their previous appearances together.” (The Washington Post)

— At times, it was a free-for-all. (NPR’s Ina Jaffe on Morning Edition)