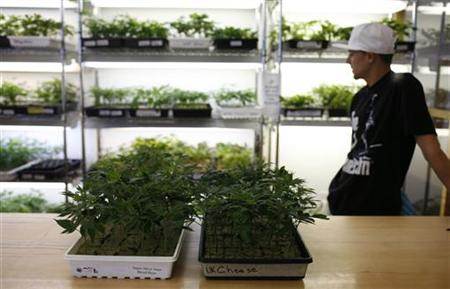 Federal prosecutors have launched a crackdown on pot dispensaries in California, warning the stores that they must shut down in 45 days or face criminal charges and confiscation of their property even if they are operating legally under the state’s 15-year-old medical marijuana law.

In an escalation of the ongoing conflict between the U.S. government and the nation’s burgeoning medical marijuana industry, California’s s four U.S. attorneys sent letters Wednesday and Thursday notifying at least 16 pot shops or their landlords that they are violating federal drug laws, even though medical marijuana is legal in California. The attorneys are scheduled to announce their coordinated crackdown at a Friday news conference.

Their offices refused to confirm the closure orders. The Associated Press obtained copies of the letters that a prosecutor sent to 12 San Diego dispensaries. They state that federal law “takes precedence over state law and applies regardless of the particular uses for which a dispensary is selling and distributing marijuana.”

via Calif. pot dispensaries told to shut down – US news – Crime & courts – msnbc.com.