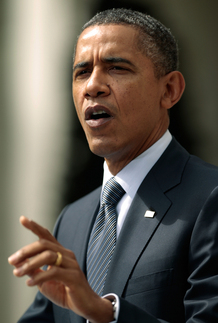 Saying that “Washington has to live within its means” and that lawmakers must “cut what we can’t afford to pay for what really matters,” President Obama just introduced what he says is a plan to cut an additional $3 trillion from budget deficits over the next decade.

And he vowed to veto any legislation that puts all the burden of deficit reduction on those who rely on Medicare and other social programs. “It will not happen on my watch,” declared Obama, in making the case that the wealthy and corporations must also be asked to pay more in taxes.