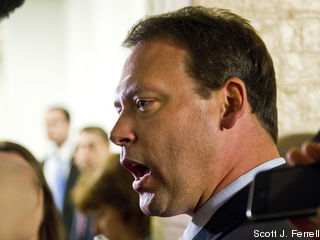 Blue Dog Democrats are pushing members of the joint deficit Super Committee to reduce the deficit significantly more than they’ve been tasked with. But they don’t want to talk about President Obama’s jobs plan. And beneath the surface its clear that there are major differences between the White House and conservative members of his party.